The Best Laid Plans - View From Under The Bus, Welcome To Nashville 1993

Dear Friends, my year-end reminisces and thank you for all the laughs !


St Thomas, USVI 1993, searching for the fulfillment of my reason-for-being ~ I set my course for Nashville.
I had a plan !
Praying fervently to God, I devoted the next step to where ever He would lead me. “Go To Nashville”. That’s what I heard, clearly, no stuttering, in the middle of the night on St Thomas. Sitting at at the funky homemade desk in my rented 2nd floor office of the boat yard’s building ~ “Go To Nashville”.  I must be sleep deprived - delirious , “Nashville ? What? I’ve never even been there! And you want me to GO to Nashville ? Just like that ? What !! ? “..... Yes, that is exactly how this all began.  After some negotiating with God, I agreed to go. What were my terms ? Looking back, it’s pretty clear all of my negotiations and terms were never mine - it was a smokescreen, “Sure, We’ll Do It Your Way”.
Followed by my leap of faith - I grabbed God’s hand, got on a plane, and landed in Nashville. Within weeks,  boxes filled with books, pictures and personal belongings packed and mailed to me by my friend in St Thomas began arriving daily.  My mailman was less than thrilled. When God said “Go”, I literally took off running - luckily someone else was willing to do the schlepping and shipping !


Nashville 1993 was a ghost town
and a city full of broken dreams.

The more I saw the more I began questioning  EVERYTHING ! “ Are You sure about this ? ! The place is so rundown, so corrupt ! People are suffering everywhere ! Look at the boarded up buildings they call downtown! Look at the crime and chaos ! 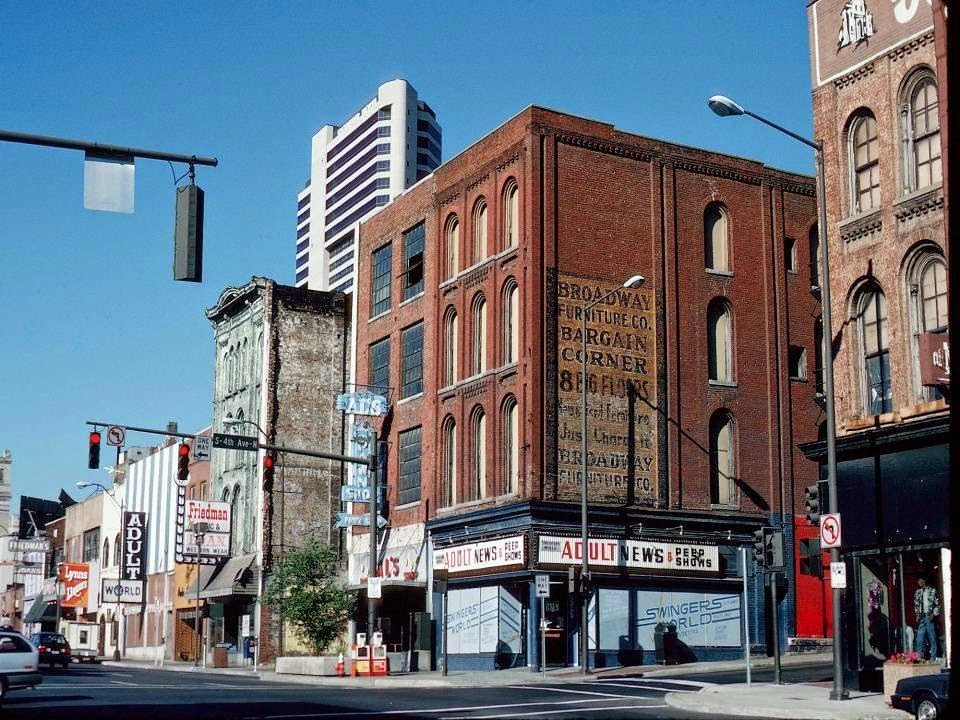 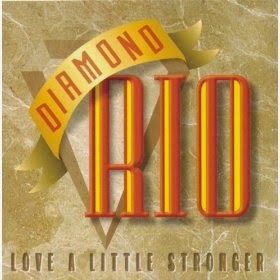 September 1994 : Entering that room, packed with industry who'z whozitz - few knew my role in what we had gathered to celebrate. The # 1 Party at BMI -I was just some chick in a white dress, searching for the few familiar faces who smiled knowing my story. I had asked a friend to escort me & help me keep my s**t together, keep me grounded, calm, add his fuel to my coping mechanisms as I stepped out front from behind the curtain of my dream's creation. This great BIG Dream that began on an itty bitty teeny tiny island in the Caribbean ......and had brought me to that old-boy town and to Music Row (who did I think I was to rock that boat ? ) Nashville, on a Mission. That was the first time I spoke, holding the microphone in my shaking hands, keeping my eyes on my friend as if no one else was there. I spoke about the song, the purpose, and the reason I was standing there, and my gratitude to Diamond Rio for bringing our song to life so beautifully. I spoke from the heart - and I had no idea what I was going to say, what I was saying, nor could I recall it afterward. I just prayed my way through - and was scared to death.  I thought I'd said something wrong - broken some kind of Music Row rule again, "you're obviously from the North..." (how many times did I hear that sudo-judement of my latest actions ?) Nashville was a strange planet - I didn't belong here. I missed HOME, and my culture so completely I could barely stand it. "I have no idea what I just said, was it ok ?" - shell-shocked I asked my friend for his interpretation of what was surely a bunch of babbling. "That was beautiful ! You did great !" said he. Soon, the total strangers that were Diamond Rio, the band, were coming up to me, tears in their eyes, a look of, I don't know - was it joy ? - on their faces. And I finally began to believe that I wasn;t here as a punishment after all .....It was going to be a very long road, with lots of heartache, old trucks, and trains - but I began to believe that here, in Nashville, I was getting something back I hadn't even realized had been lost.

and thank you Keith Urban for your Kiwi encouragement in a room full of old-boys - maybe it's an Islander thing. 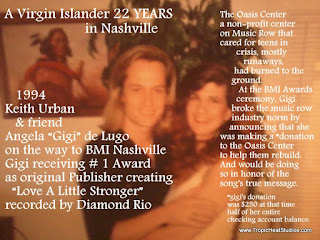 A Voice in the USVI